I’ll be going over some important hardsurface modelling techniques to create a sci-fi weapon scope (and laser!) in Blender. These don’t require you to have HardOps or any other paid addons, so this tutorial should be accessible to everyone. I will go over the whole workflow, from the shape blockout, hardsurface modelling, detail modelling, shading, texturing, lighting and rendering, so get comfortable.

As a first step, I drew a small sketch of a potential model, after being inspired by this railgun by Nicholas Cort. I wanted to go for a trapezoidal profile, and also have some lenses and lasers mounted on the scope, as well as a couple of small controls. 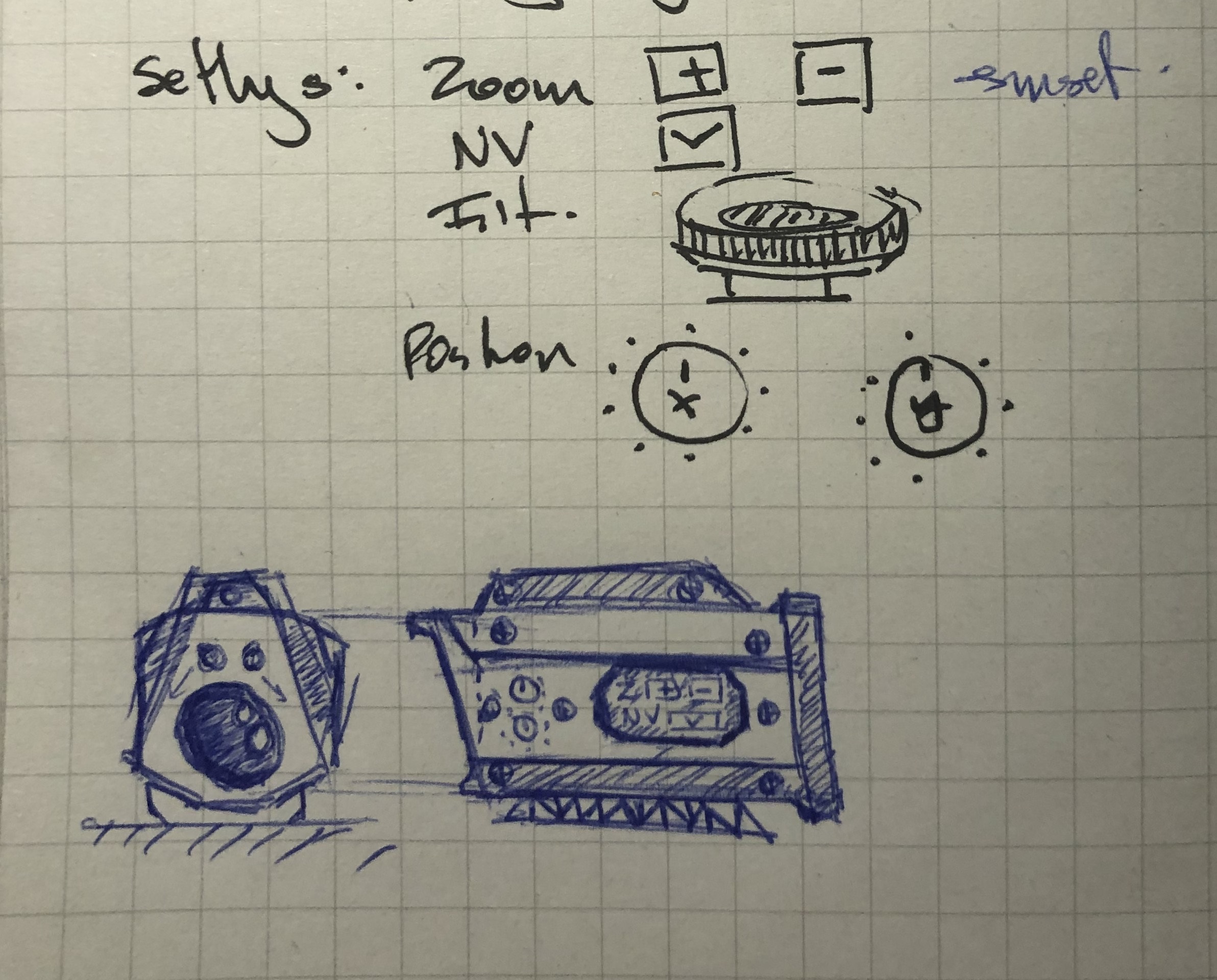 There is a bit to consider here, primarily the functionality of the device. You should be careful to only add parts that make sense, and not randomly. The best artwork tends to tell a coherent story, and that doesn’t come without thought. You must consider not only the aesthetics of the model, but also its functionality. For example, I have several dials and buttons, with specific functions:

To figure out these functions, think about how the device could be operated, and under what circumstances it might be used. This can always be modified later, but it’s good to have a general idea about how it should look.

To understand exactly how to model this scope, please watch my video. I cannot go in depth about the particular extrusions to a depth of D of the face at XYZ … Rather, I’ll give some general hardsurface modelling tips.

The shaders I used are here:

In fact, all of these things - the warning decal, text and dial indicators, are applied with a shrinkwrap modifier: 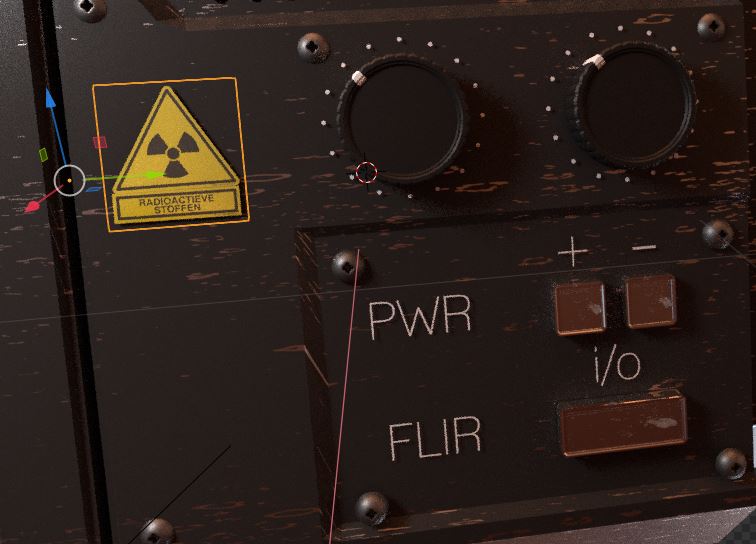 I may put up a tutorial about making custom decals or sourcing icons for projects later. It’s on my board!

I hope you found it not too difficult to follow this tutorial. If you had trouble, I suggest you watch the video, as my every step is recorded. If you were able to make a scope, I’d love to see it! Post it down in the comments (if I’ve got that working already). As you can see, it’s not too complex of a process to make an interesting hardsurface model look believable, and you can follow the same sequence of steps every time: Design > Blockout > Detail Modelling > Shading > Lighting > Compositing

If you found this tutorial interesting, there’s a good chance you’ll find my other ones interesting too! Check them out here